Tom Brady Ran the Same Play 3 times in a Row.. and Won the Super Bowl 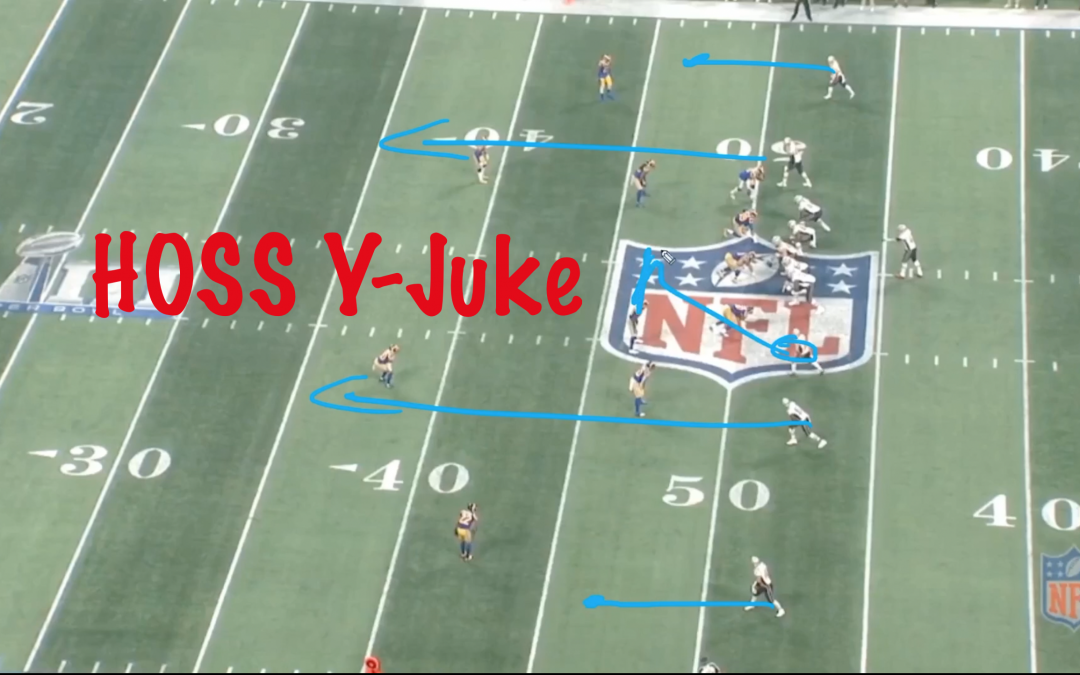 When it comes to super bowls, the MaxRepps team usually has a clear-cut favorite. This year was different. We were totally stuck. Being from Southern California and being fans of offensive innovators like McVay, we wanted nothing more than a Rams win. On the other hand, we’re quarterback purists who idolize Tom Brady and his god-like ability to diagnose and dissect defenses. Our prediction was 20-17, with the Rams coming out on top. We expected a low-scoring, defensive battle (which turned out to be spot-on). What we didn’t expect was THAT much of a defensive standoff.

Both defensive coordinators came out with outstanding game plans, but Wade Phillips knew he would have to disguise coverages and confuse Brady. The idea was to make him hold on to the ball for another half-a-second (just long enough for the elite D-line of the Rams to get to Brady). Early on, it worked to perfection. On Brady’s first pass attempt, the Rams lined up as if they were playing a man coverage scheme. At the snap, they FLEW to their respective cover 3 zones. Brady thought he had an easy completion to a quick hitch on the outside, but Robey-Coleman undercut the route, tipping the ball up in the air and enabling a teammate to intercept the ball.

In the second half, the Patriots began using empty formations. With 5 receivers at the line of scrimmage, the Rams defense was forced to spread out and declare its coverage (man vs. zone) in a way that was really outside of the Rams’ gameplan coming in. The Patriots, on the only touchdown scoring drive of the game, ran the same play three times in a row, resulting in 3 completions and a touchdown. The play is called Hoss Y- Juke. The two outside-most receivers run quick hitches. The slot receivers run verticals, while the remaining receiver runs the “juke” route, which is really just a choice route (run vs. man, sit vs. zone). 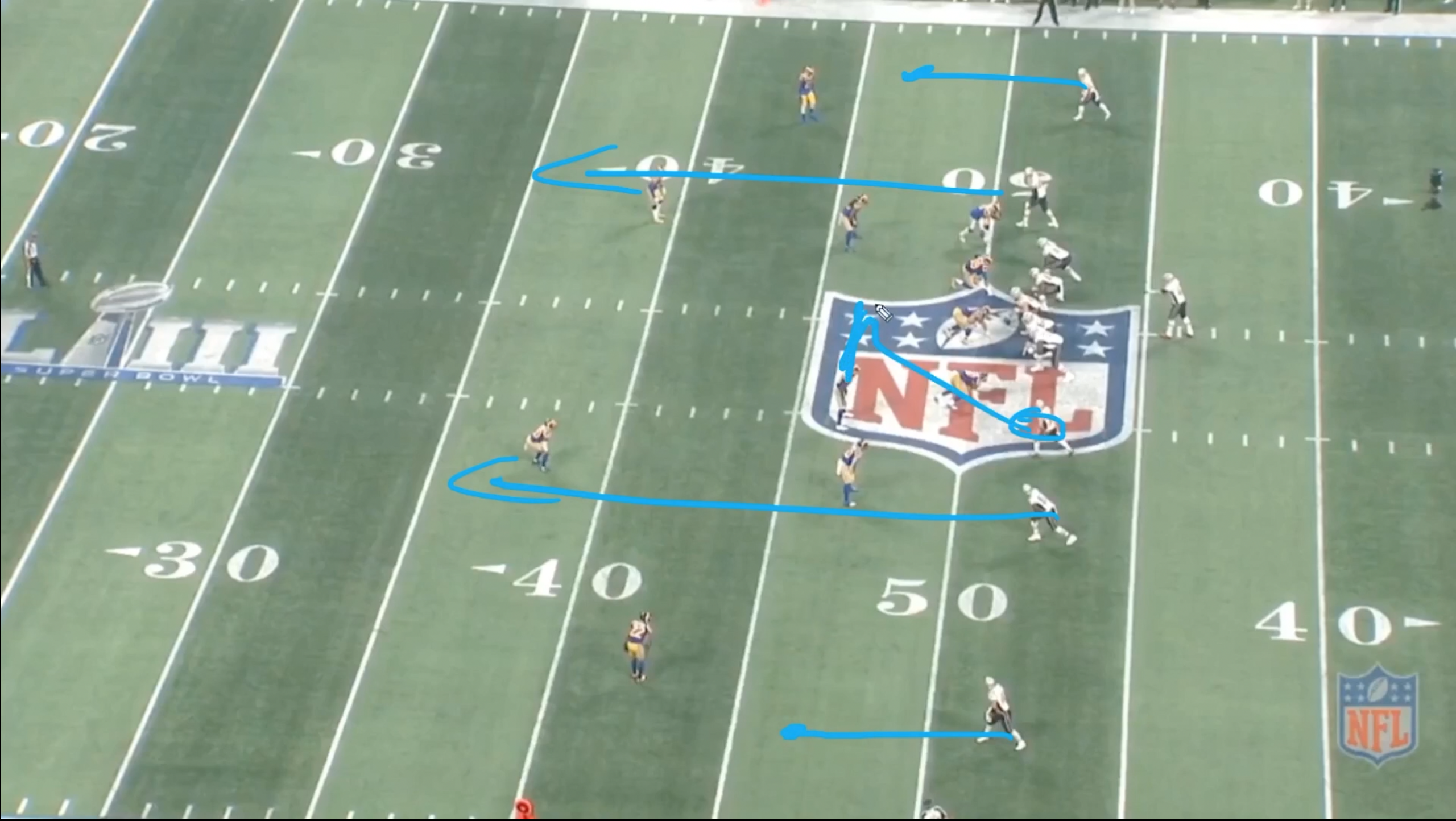 Play #1 On the first of three times running this play, Brady recognizes that he has Edelman vs. Littleton in the middle of a cover-4 zone. Easy win for Edelman for 13 yards against what was essentially a man vs. man matchup in the middle of the field.

PLAY #2 On the second play, Brady sees a different look – corners are off at 7-10 yards in man coverage. 5 rushers makes this a cover 1. He decides to take the easy 5 yard completion to Burkhead since the corners were playing soft.

PLAY #3 On the third and final play, Brady motions Edelman across the formation. Littleton starts to follow him across the formation (signaling to Brady that it was man coverage), but is waved off by Lamarcus Joyner, leaving Littleton in man coverage vs. Gronk. At this point, Brady knows 100% where he is throwing. Gronk beats Littleton up the seam for a long gainer, which put the Patriots at the Rams 2-yardline, setting up a touchdown for Sony Michel on the next play.

TAKWAWAYS FOR QUARTERBACKS The main thing we want our quarterbacks to take away from this series of 3 plays is this – if you have a masterful understanding of your playbook (as Tom Brady does), you can run the SAME PLAY multiple times in a row and continuously abuse the defense. The difficult part isn’t understanding the offensive play – you only have to learn 5 routes at most. The difficult part is understanding how your play interacts with each and every coverage. Brady saw zone, man, and then man again in this sequence, but was able to complete all 3 passes to 3 different receivers. In our MaxRepps Virtual Quarterback Training Program, we train our quarterbacks on common concepts like Hoss Y Juke, Dagger, Smash, Mesh and Drive. Our MaxRepps playbook consists of right around 10 concepts. It may not sound like many, but remember – we use the Tom Brady model. Our quarterbacks are constantly challenged by seeing the same few concepts, but are shown a variety of defensive alignments and coverages. This is the kind of training that turns an athletic high school quarterback into a well-rounded college quarterback. The kind of training that turns a well-rounded college quarterback into a first round NFL talent. The kind of training that turns a sixth round draft pick pick into a 6-time Super Bowl Champion.