Smart QB: How to Read “The Box” and Use It To Your Advantage 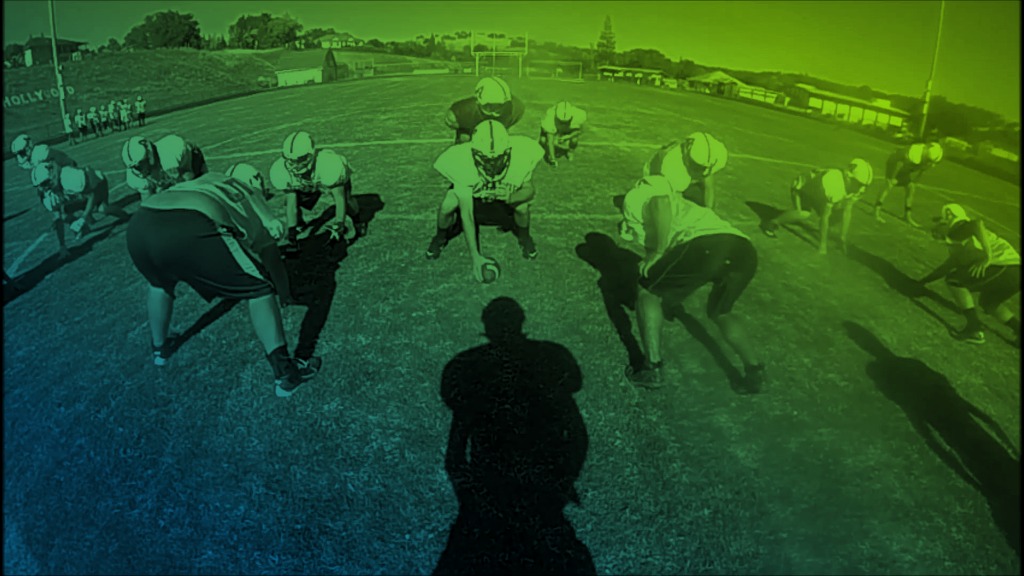 Understanding the numbers game in football is extremely important, both as a quarterback and as a play caller. It’s a simple concept, but one that’s forgotten by many quarterbacks especially at the high school level. With the rise of the read-option, it’s becoming more and more important as quarterbacks often times have the option whether to run or pass the ball on any given play.

The first concept a quarterback has to understand is “the box.” The box is the area within 5 yards of the two widest offensive linemen, most commonly the left and right tackles. When the number of blockers in the box is greater than or equal to the number of defenders in that area, the offense has the advantage if they run the ball. On the other hand, if the defense loads the box so that their players in the box outnumber the offense’s blockers, the offense has an advantage if they pass the ball.

Here’s a situation: 1st & 10, defense loads the box with 7 against a spread formation and the quarterback has the option to hand the ball off or throw a bubble by his slot receiver. The defense has the numbers advantage inside the box, but the offense has the advantage outside. 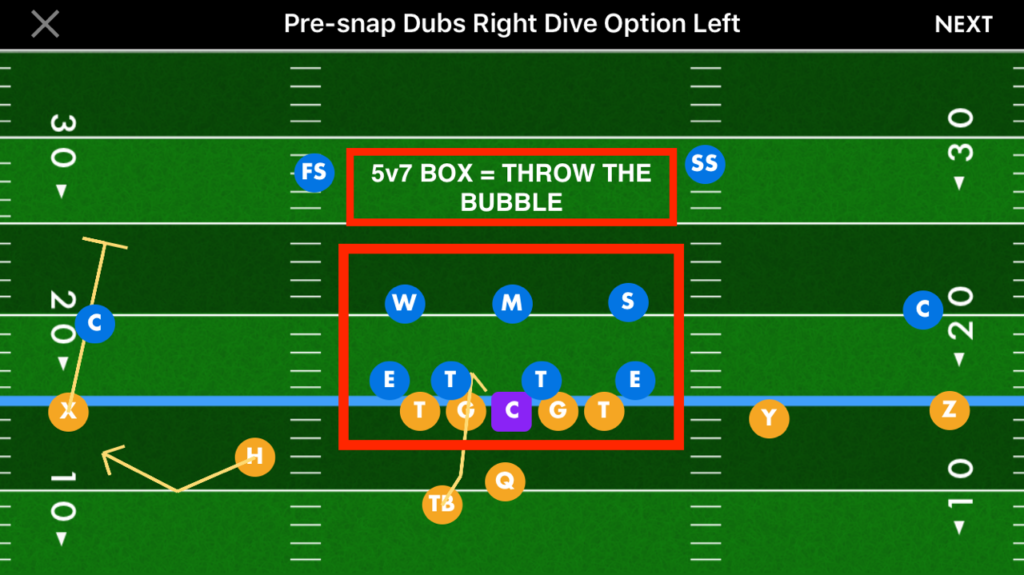 Even something as simple as a bubble screen could get a solid 5-7 yards, setting up the offense for a great look on 2nd down. The average quarterback is overly cautious and hands the ball off because it’s only first down. The smarter quarterback throws the bubble because he knows where the offense has advantages.

What challenges are you working on with your mental game? Let us know in the comments below or email us at [email protected] 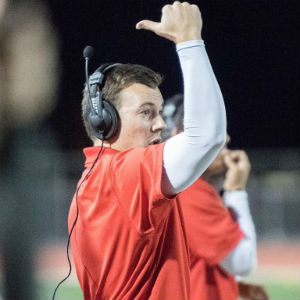 Brendan Beresford is the founder of QBIQ. You can reach him at [email protected] or on Instagram at @QBIQapp